How to React to WhatsApp Messages with Emojis on Android & PC

Are you looking forward to using WhatsApp emoji reaction? Finally, WhatsApp has rolled out the ability to react to specific messages on the WhatsApp app and Desktop/PC. So, in this guide, you’ll learn how to react to WhatsApp messages with emojis on Android and PC.

Yes, you read that correctly. Just like on Instagram and Messenger, you may now respond to messages with an emoji to communicate how you feel about them rather than typing a response. The emoji responses functionality is now available to all WhatsApp iOS, Android, and desktop/web users.

Furthermore, the Meta-owned instant messaging network WhatsApp has finally implemented message responses after months of waiting. Mark Zuckerberg revealed the functionality on his Facebook and Instagram accounts on May 5, 2022. Since then, WhatsApp users all around the world have been able to utilize the function. Continue reading to learn how to respond to WhatsApp messages.

In the meantime, the message reaction feature on WhatsApp was announced with another feature called Communities, which will roll out for users in the near future. In the official blog post, WhatsApp mentioned that “emoji reactions are coming to WhatsApp so people can quickly share their opinion without flooding chats with new messages.” Now that the feature is available, users can avoid typing short messages for reacting to something sent by another user.

Emoji Message Reactions: What Are They?

The emoji reactions function, as the name implies, allows you to swiftly respond to individual messages with emoticons and convey your thoughts without overwhelming the conversation with additional comments. That means you may simply respond to a hilarious message with the face with tears of joy emoji, or recognize a message delivered in a group discussion with a thumbs up.

For years, basic features like these have been available in applications like Instagram and Messenger. It has finally hit WhatsApp, bringing messaging programs controlled by Meta (previously Facebook) into line. This feature does not have a severe learning curve, so let’s get started.

What kind of emoji does WhatsApp have?

WhatsApp has said that it would ultimately support all emojis and skin tones that are often used in text messaging. But right now there are six (6) emoji reactions available:

So, without further ado, here are the steps to respond to messages on WhatsApp with emojis (Android & PC/desktop):

React to WhatsApp Messages with Emojis on Android

Note: The newest version of the WhatsApp mobile app must be downloaded (or updated). If you don’t see emoji reactions in WhatsApp, keep in mind that the functionality is being rolled out on a server-side basis. Emoji replies via WhatsApp may take a few weeks to reach everyone.

Step 1. Open the WhatsApp app on your Android phone.

Step 2. Find a chat that you want to reply to with a specific emoji on WhatsApp.

Step 3. Now, long press or touch and hold on to any WhatsApp message. After that, a pop-up with six emoji reactions will display.

Step 4. Choose any emoji reaction as per your wish.

Step 5. Your emoji reaction will show beneath the message you picked earlier. 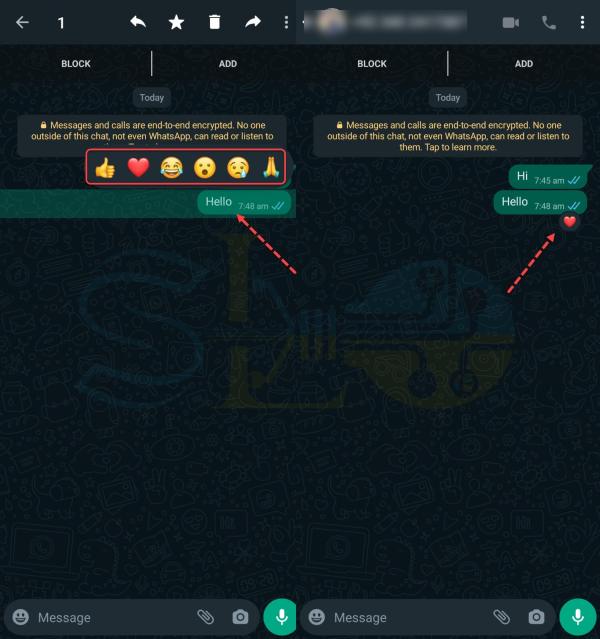 React to WhatsApp Messages with Emojis on Android

On the web app, start a WhatsApp chat.

Hover your cursor over other users’ messages to see if an “emoji” symbol appears beside them. 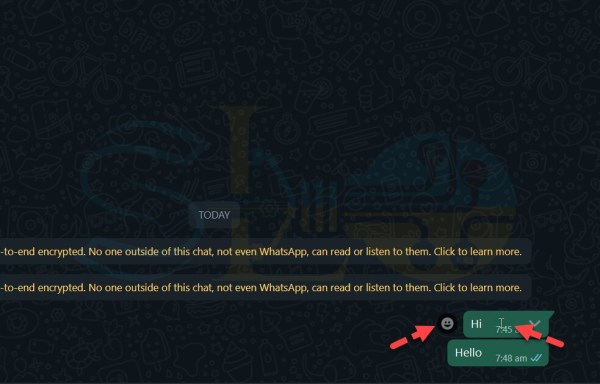 To respond to a message, tap the emoji symbol and select one of the six options. 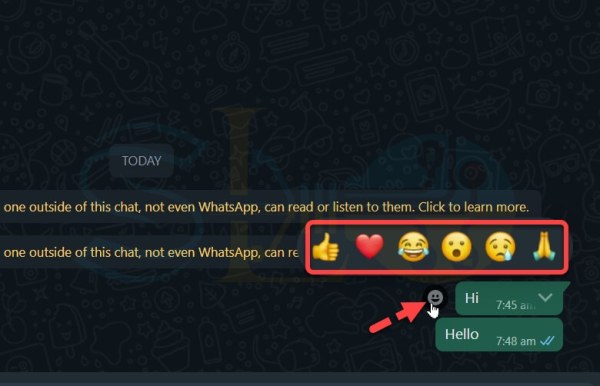 React to WhatsApp Messages with Emojis on PC

Just like Android, Your emoji reaction will show beneath the message you picked earlier. 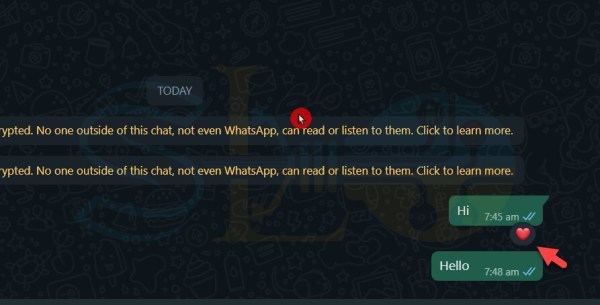 That’s it. These were the steps to react to WhatsApp messages with emojis on Android and PC. Because the function is still being rolled out, it may not be available to all users. Given WhatsApp’s global user base of over two billion people, it’s common for the Message Reactions to take a few days to reach everyone. Those who are still unable to use the function should do so as soon as possible.

How to Use Spot Color on Samsung Phone