How to Remove Shadow from a Photo on Samsung

Magic Eraser was a feature on Google’s Pixel 6 that drew a lot of attention, and it produced some quite stunning effects. Samsung, on the other hand, had a similar tool called Object Eraser with the Galaxy S21 series earlier that year, and that feature is now increasing device compatibility and adding the ability to erase reflections and shadows. So, in this guide, you will learn how to remove shadows from a photo on Samsung.

Furthermore, with the Galaxy S22 series, Samsung made numerous enhancements to camera quality and functionality. The ability to eliminate undesired shadows and reflections from photographs using the built-in Gallery app is one such software upgrade. Those functionalities are now available on other Galaxy phones as well.

The Photo Editor software has been updated by the South Korean company and is now accessible on a variety of Galaxy devices running Android 12-based One UI 4.0, including the Galaxy Z Fold, Galaxy Z Flip, Galaxy S, and Galaxy Note series. The update is also available for several mid-range devices.

How to Remove Shadows from a Photo on Samsung Galaxy

To utilize the functionality, download the Object Eraser, Reflection Eraser, and Shadow Eraser plugins from the Galaxy Store and update the Photo Editor software. If you already have these plugins, you may need to upgrade them to the most recent version.

If you did not get these tools even after updating then download them from here and then install them after that follow the below steps.

So, here are the steps to enable Shadow Eraser and remove shadows from a photo on Samsung Galaxy devices:

Step 1. Go to the Samsung Gallery app and find the photo that you want to remove the shadow from it.

Step 2. Tap the pencil icon at the bottom right-hand corner. 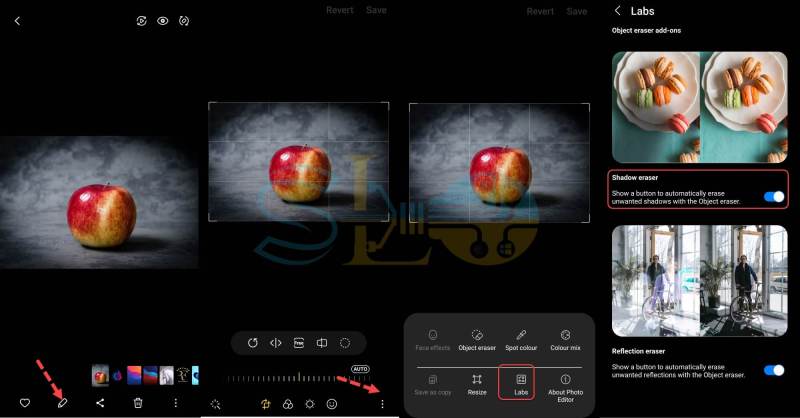 Step 5. Once the Shadow eraser is enabled, go back and tap the 3 dots menu and select Object eraser. 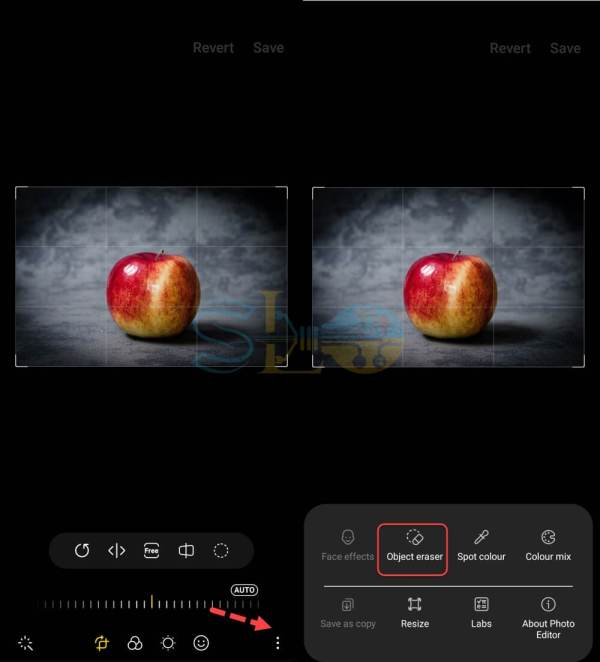 Step 6. Tap Erase shadows. After analyzing the shadows, the shadows will be erased from your photo on Samsung Galaxy. Tap Done to finish. 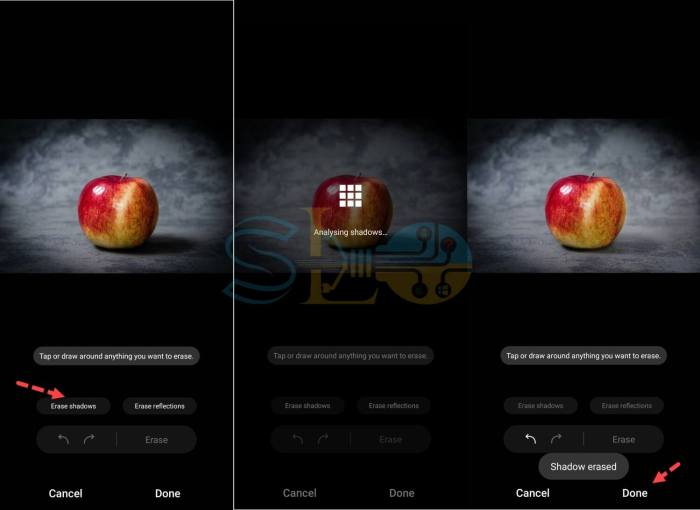 Remove Shadows from a Photo on Samsung

These features are currently part of Samsung Labs, which means they are in the beta stage of development and may have some flaws. Depending on the image and the device, the results might be hit or miss (due to the processing power of the built-in NPU). On the Galaxy Z Fold 3, the result was quite good in our tests. Future upgrades are expected to improve the situation.

That’s it. These were the steps to enable the Shadow eraser and how to remove shadows from a photo on Samsung Gallaxy.

How to Create & Check Your Laptop Battery Health Report

How to Disable Transparency and Blur on Samsung Galaxy Phones