Meanwhile, with the arrival of Android 10 ( Samsung One UI 2.0) on Samsung Galaxy devices, there are lots of changes that we didn’t recognize, and one of them is the “Recycle bin or Trash” feature. For instance, Samsung Contacts – Added a Trash feature for Contacts. Contacts that you delete will stay in the trash for 15 days before being deleted forever. My Files – Created a Trash feature so you can restore files if you delete something by mistake.

However, the Gallery app – received a trash feature on Android 9.0 Pie (One UI) and is still available on Android 12 (One UI 4.1). So without, further ado, let’s dive into our main topic which is how to restore deleted Samsung Notes on Samsung Galaxy devices running Android 10 or later.

What are the Samsung Notes?

Samsung Notes is a note-taking app that lets Galaxy users write memos and notes on their Smartphones. This app is pre-installed on Galaxy devices and you can also download it from Play Store and Galaxy Store as well. There are lots of note-taking apps like Evernote and Google Keep but I personally use Samsung Notes. In a recent update, Samsung Notes, Adds a few enhancements, such as undo and redo buttons in Text mode, the ability to organize your notes using hashtags, and ‘Intelligent search.’

But as of now, this feature is available on the Galaxy S20 series and gradually will come to other Galaxy devices that are running Android 7 and up.

When I recently checked the Samsung Notes app and O saw that there’s a new feature added to Samsung Notes app which is called “Trash”. Well, in Contacts, Gallery, and My Files app you have the option to either turn on or turn off the Trash or Recycle bin feature but in Samsung Notes you can’t. So, here’s how to recover/restore deleted memos and notes.

Note: The deleted notes will be in the Trash for 130days and after that, they will be deleted permanently.

Step 2. Tap the three lines (≡) icon on the top left-hand side. 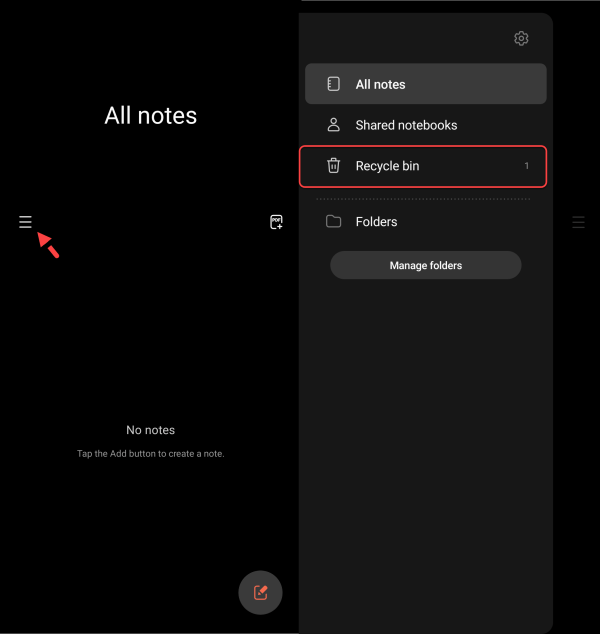 Step 4. Here, you’ll see your deleted Samsung notes or memos. Now, simply tap on the deleted notes and select Restore at the top right-hand side. 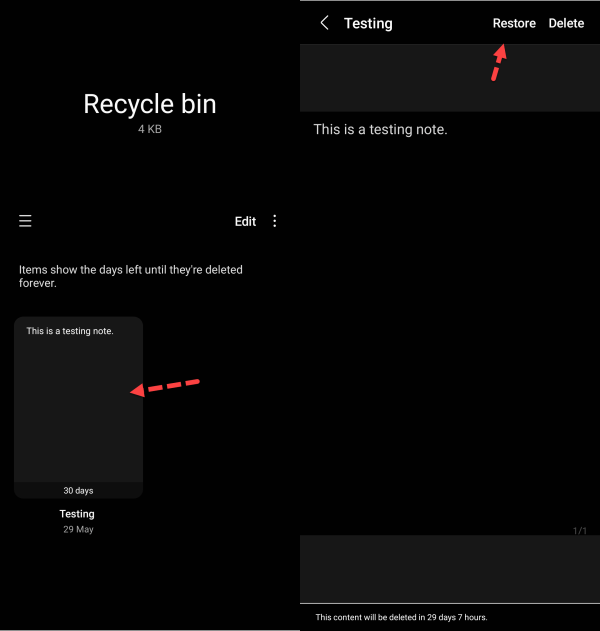 Step 5. Your deleted Samsung notes will be restored back to the Samsung Notes app.

That’s it. This is how you can recover the deleted Samsung notes on your Samsung Galaxy devices. Trash or Recycle bin is a great addition to Samsung apps like Gallery, My Files, Contacts, and now Samsung Notes, where you can easily restore the deleted photos, notes, contacts, and files within 30 days.

The Easiest Way to Find the IP Address on iPhone & iPad

How to Turn On & Off Incognito on YouTube App (iOS & Android)