The Apple Watch Series 8 has all the same features and functionality as the previous generation model, with no design changes. The 41mm and 45mm size options are still available, and the casings have the same rounded corners, small display borders, sapphire crystal backing, and a haptic Digital Crown.

For the Apple Watch Series 8 models, Apple claims an “all-day” 18-hour battery life, which can be extended to up to 36 hours with a new Low Power Mode feature in watchOS 9.

Based on 90-time checks, 90 alerts, 45 minutes of app activity, and a 60-minute workout with Bluetooth music playback, Apple based its “all-day” battery life predictions. Apple anticipates a 14-hour connection to an iPhone and a four-hour LTE connection for LTE devices. The Apple Watch will occasionally deplete more quickly, such as during phone calls or physical activity

With an 18W or higher power adapter and Apple’s Magnetic Fast Charger USB-C Cable, the Apple Watch Series 8 may be quickly charged. Up to eight hours of sleep tracking can be obtained with just eight minutes of charging.

Here are the tips to extend battery life on an Apple Watch Series 8:

Every smartwatch has Wi-Fi. Unless you’re downloading music, large updates, or downloading Watch faces. You don’t Wi-Fi to be on all the time. 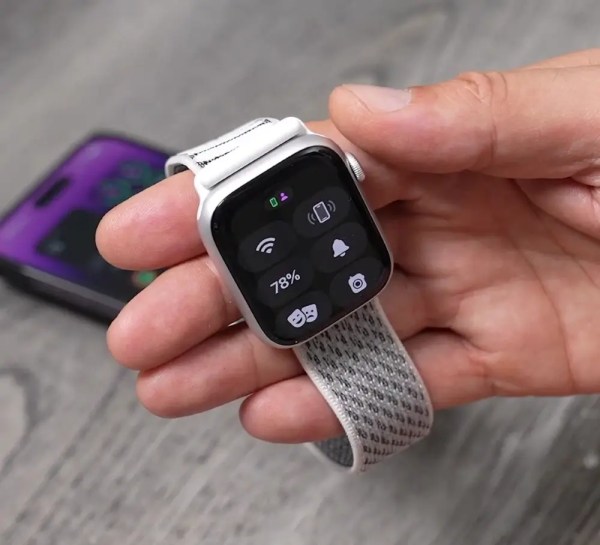 Turn off Wi-Fi when in No Use

2. Enable Reduce Motion to Save Battery on Apple Watch Series 8

The Apple Watch has a screen motion reduction feature. When you choose to Reduce Motion, various screen components, such as the way icons move on the Home screen, will be easier to understand and more closely relate to your navigational actions. 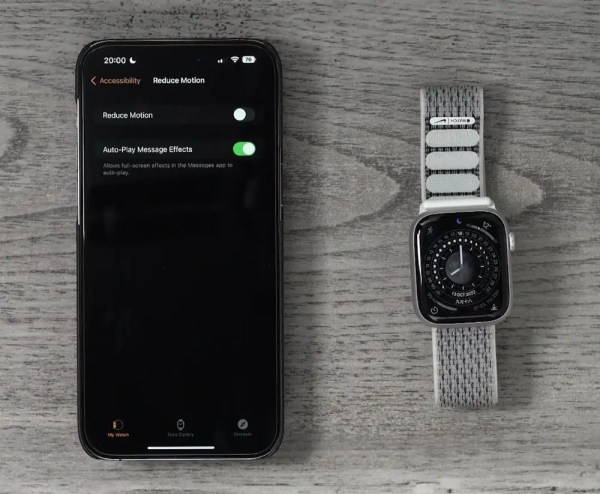 Enable Reduce Motion to Save Battery on Apple Watch Series 8

By default, every iPhone app that includes a Watch companion app also gets installed on your Apple Watch. If you only want to have every app installed on the smartphone, that’s fantastic. However, there is a simple method to turn off automatic app installation on the Apple Watch for those who don’t. 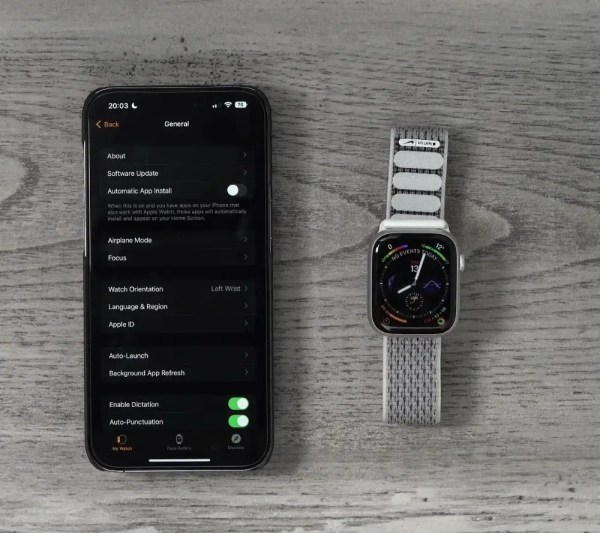 You can press a notification to view more options when it arrives. You might be able to call someone back, react to a message, archive an email, and more depending on the app that generated the notification. 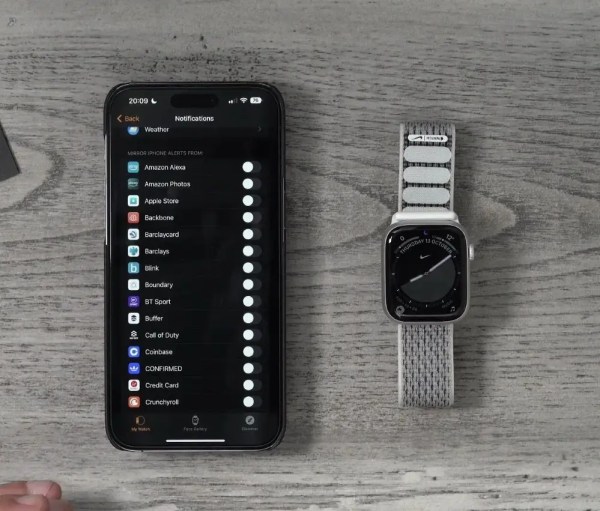 When you are listening to music on your iPhone, a secret feature on the Apple Watch that is enabled by default launches audio apps. Of course, this feature makes controlling the music playback simple, but most of the time, you’d just want to glance at your watch to see the time. The Now Playing and music apps are blocked out with a digital clock in the corner instead of displaying the typically dim watch face on Apple Watch models with always-on screens, which highlights the problem more clearly. Some users may find this feature irritating, much like the iPhone’s comparable auto-playing Bluetooth car audio, so perhaps you’d wish to remove this behavior. 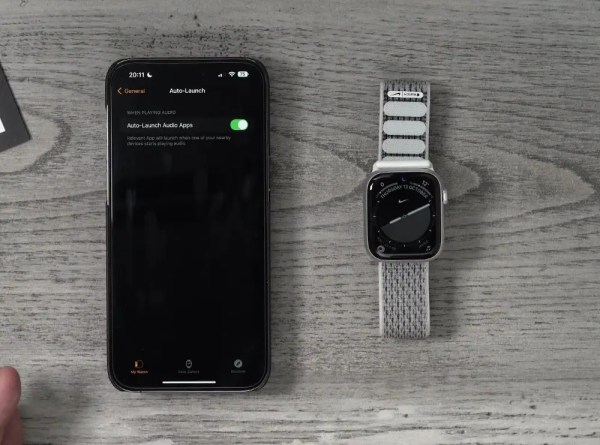 6. Get Rid of Background App Refresh

Background App Refresh is a feature found on the majority of Apple devices, including the Apple Watch. This feature allows your device’s apps to check for updates and new content even when you aren’t using them.

For example, even if you aren’t actively using the Instagram app, you can still receive notifications because the app is constantly looking for new updates in the background.

While constantly searching for updates is a good idea, it can quickly deplete your battery life. Not to mention that checking your notifications is a bad tech habit that you should try to break.

Get Rid of Background App Refresh

7. Turn Off the Wake on Wrist Raise to Extend Battery life on Apple Watch 8

This is the simplest method for waking your Apple Watch. When you raise your wrist, it will perk up and become ready to go. Check that you have the proper orientation set up for the wrist you use. 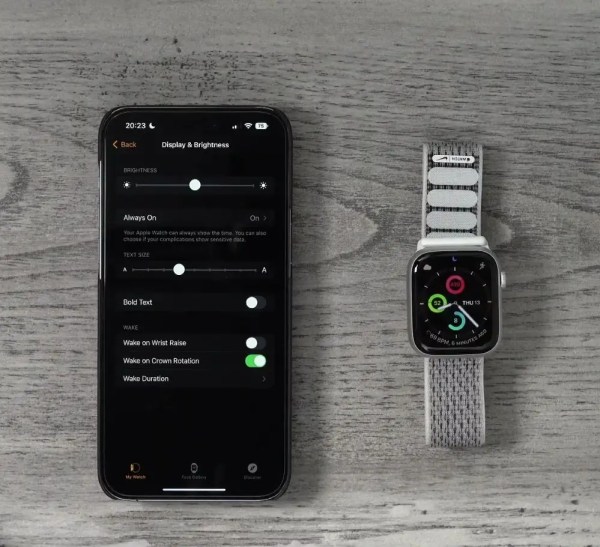 8. Say No to Always-on Display: Best Tip to Save Battery on Apple Watch Series 8

This obviously applies to the Apple Watch Series 5/6/7/8, which supports the ability to keep the display on at all times. It’s a great feature, but it does inevitably drain battery life. 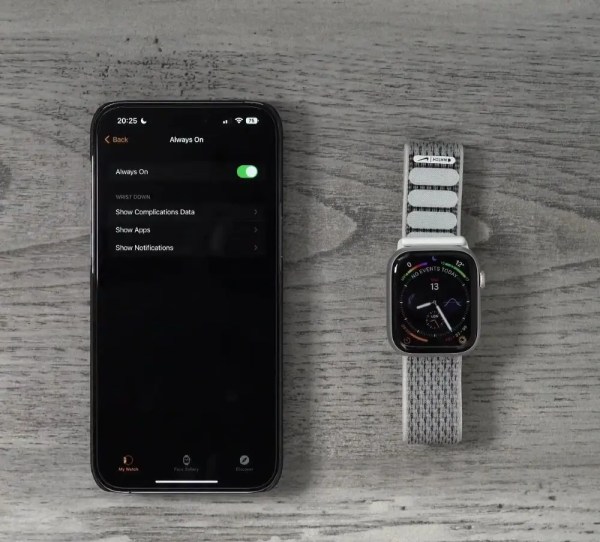 Say No to Always-on Display: Best Tip to Save Battery on Apple Watch Series 8

Every time you turn on your display, your Apple Watch looks for those two magical words, “Hey Siri,” so that Apple’s personal assistant can set your next appointment or play your favorite song. It’s a convenient way to get things done without using your hands, but it also drains your battery. 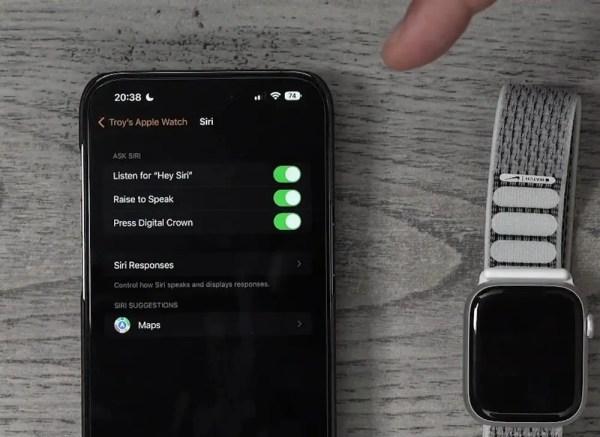 Turning on Low Power Mode is probably the simplest way to save battery, doubling the battery life estimate from 18 hours to 36 hours, according to Apple. It will automatically turn off the always-on display, Wi-Fi and cellular, notifications, and heart rate on any Apple smartwatch running watchOS 9, which means Series 4 and newer. 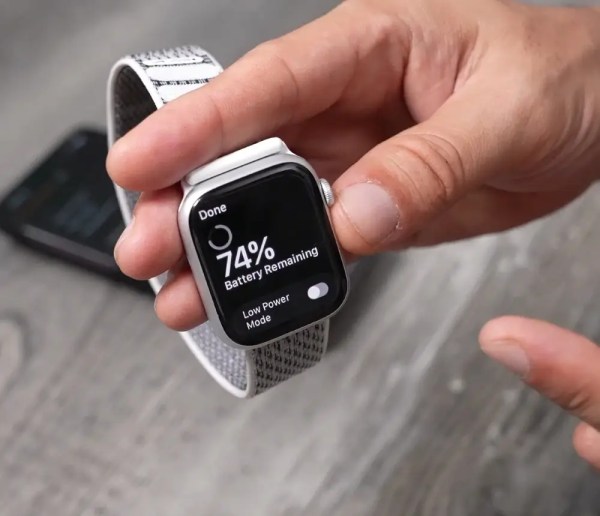 11. Use a Dark Watch Face on your Apple Watch Series 8

The watch face you select has an impact on your battery life. This is due to the fact that the Apple Watch face is an OLED panel with self-emissive technology, which means that each pixel generates its own light. Pixels use less or no battery power on a black or dark screen. Avoid using watch faces with vibrant colors or animations. The best watch face is the one with the most black and the fewest complications. 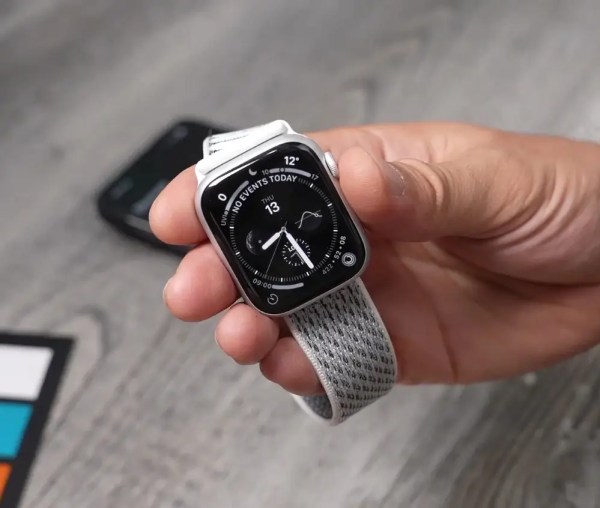 Use a Dark Watch Face on your Apple Watch Series 8

12. Turn Down the Screen Brightness

A brighter screen, like the iPhone or other electronic devices, consumes more battery power. 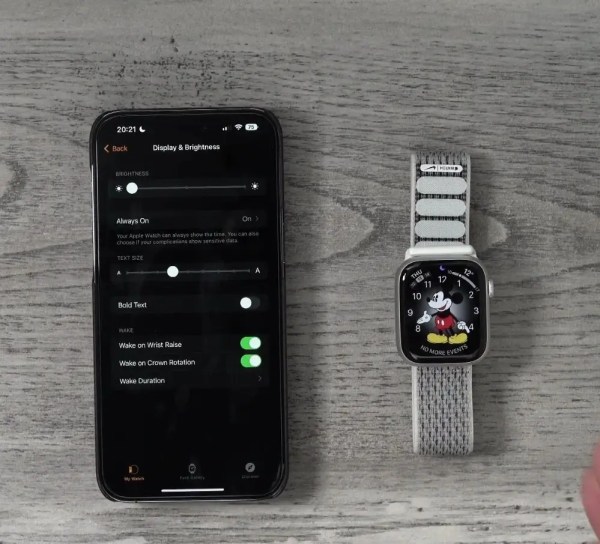 Turn Down the Screen Brightness

Throughout the day, all Apple Watches monitor your heart rate. Since the release of the Apple Watch Series 6, they have also checked your blood oxygen levels. Both of these features are powered by batteries. 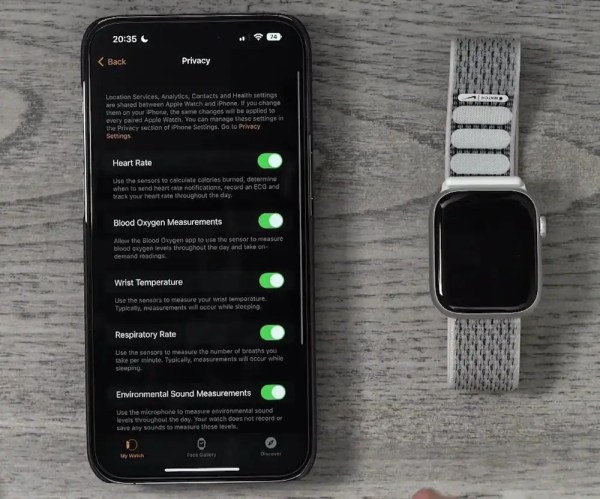 1. What factors does Apple’s 18-hour estimate take into account?

The official Apple estimate accounts for 90-time checks, 90 alerts, 45 minutes of app use, and a 60-minute exercise with Bluetooth music playback from the Apple Watch. In simpler terms, a call over Bluetooth for two hours, a call over LTE for one hour, or a playlist streaming over LTE for seven hours might all completely drain the battery.

Yes, in our experience. As opposed to not having the function switched on, we often observe a 10% decrease, however, this does depend, as usual, on factors like notification settings.

3. How long does it take to charge an Apple Watch?

Which Apple Watch you own and the cable you’re using will determine this. With the Magnetic Fast-Charge USB-C cable, according to our observations with the Series 7 and Series 8, it takes around 70–90 minutes to obtain a charge of 0–100%. Obviously, this may change depending on whether you’re using an Apple-branded charger or a third-party one.

That’s all. These were the 13 best tips to extend battery or save battery on an Apple Watch Series 8.

How to Get a 60-Hour Battery on Apple Watch Ultra

How to Get 60-Hour Battery on Apple Watch...