How to Schedule a Text Message on Samsung (Android)

Meanwhile, every SMS message does not have to be sent right away. It’s simple to schedule an SMS for later, maybe to avoid sending it in the middle of the night and upsetting the individual who is foolish enough not to have their phone set to Do Not Disturb mode. And you can do it regardless of what version of Android you have, but you may need to use a third-party app in some circumstances.

Whether you have friends or relatives that work and live on different schedules than you, or you find yourself sending more “happy belated birthday” messages than you’d like, the option to plan text messages ahead of time is a fantastic tool.

Text scheduling was formerly an uncommon feature in Android, but today several apps, including the native Android SMS apps, allow you to compose messages and send them later.

This capability is unique to Google’s Messages app and some OEMs’ phones. This function is most often found in Samsung, LG, and Xiaomi phones. However, keep in mind that this function is not available on all of their products. Additionally, if you bought a carrier-locked phone, the native integration of this function will be determined by your cell carrier.

Here are the steps to schedule a text message on the Samsung Messages app:

Step 2. Create a new text message that you want to send it later.

Step 3. To show more possibilities, tap the arrow to the left of the text box, then hit the plus “+” button. 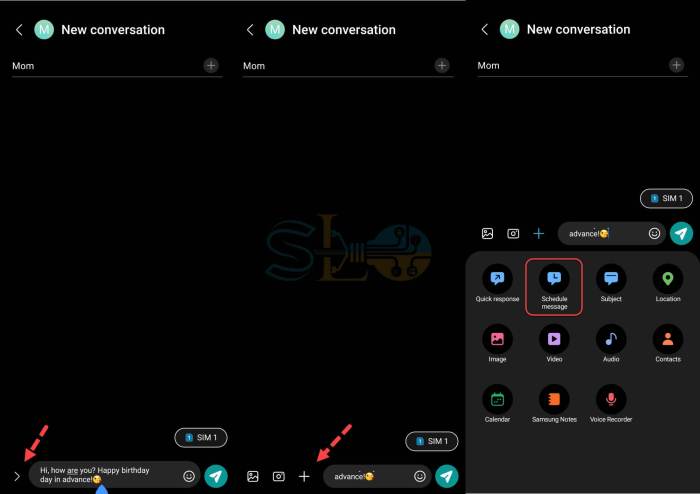 Step 5. Set the time and date for the message to be sent, then tap Done.

Step 6. Finally, to send the message at the designated time, use the Send button. 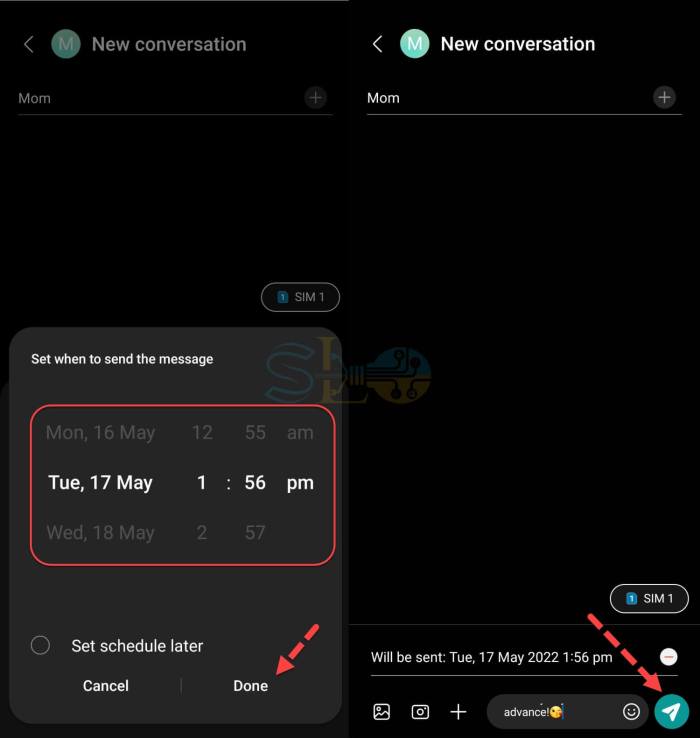 schedule a text message on Samsung for Samsung Messages app

After you send it, you’ll receive a confirmation that it’s a scheduled message that won’t reach the recipient until the day and time you choose. Tap the clock symbol next to the message to add additional text, send it right away, or cancel it.

Send a text at a certain time on Google Messages

Google has unveiled a new feature for Android phones that allows you to schedule text messages for later delivery.

Here’s how to schedule text messages on Google Messages app: 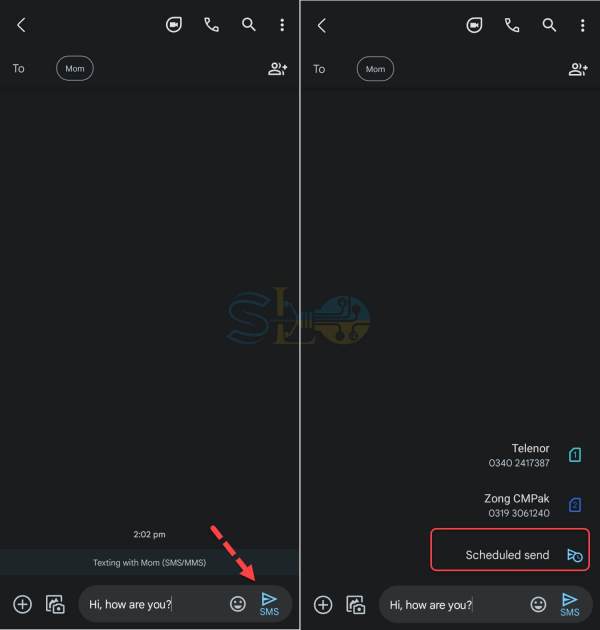 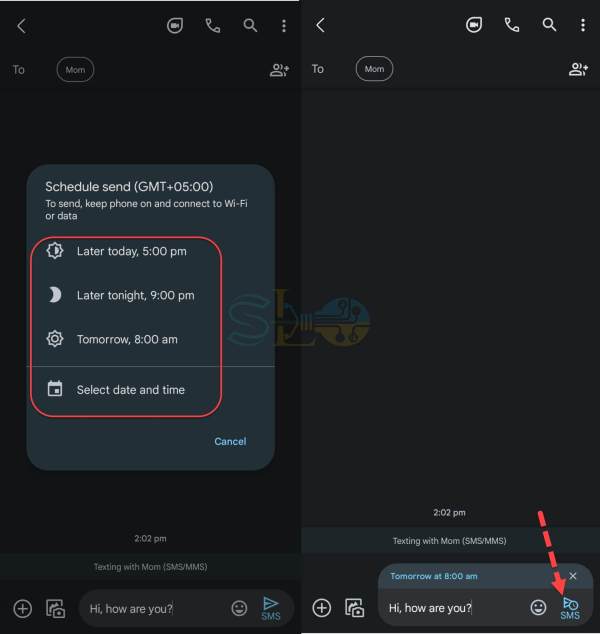 The message will now include a little clock symbol to indicate that this is a scheduled text.

These were the steps to schedule a text message on a Samsung Galaxy phone for both Google and Samsung Messages apps.

How to Enable iPhone Reaction on Google Messages on Samsung

How to Download Grammarly for Microsoft Edge (Chromium-based) Extensions