How to Screen Mirror Huawei Phone to Sony TV

On other hand, one of the largest manufacturers of premium cellphones worldwide is Huawei. Numerous phones from Huawei, such as the Huawei P30, feature a lot of support for playing games and viewing movies. However, there’s no doubting the pure delight of using a bigger screen to consume movies and play games. There are various ways to cast your phone’s screen to a computer or television, but the majority of them involve tedious difficult processes.

Huawei has a built-in screen mirroring function called Wireless Projection. You can use it to reflect your phone on your television. This program lacks built-in features, unlike others, but when you mirror your phone to a TV, it can transform to desktop mode.

Screen sharing can be utilized as a presenting tool in the workplace and as leisure in the home. You may share content immediately on your TV screen from your mobile devices, including presentations, apps, movies, videos, music, and images that have been downloaded.

Unlike the more conventional method of screen sharing, which used a connected connection (such as an MHL cable), several device makers now provide wireless screen sharing alternatives. Without being bound to the TV, you may move around the space.

How Screen Mirror a Huawei Phone to Sony TV Wirelessly

You may switch to Huawei’s built-in mirroring capability called the Wireless Projection if you don’t like the concept of installing other screen mirroring programs to cast Huawei to TV. If you’re merely interested in simple mirroring, it is also beneficial. Setting your TV to Screen Mirroring mode is all that is required. Select the name of your TV to reflect by clicking the Wireless Projection symbol on your phone.

Note: Make sure that both devices are connected to the same Wi-Fi network. The below screenshots are taken on Huawei P30 Pro running EMUI 12.

1. Go to the Screen Mirroring option on your Sony TV. 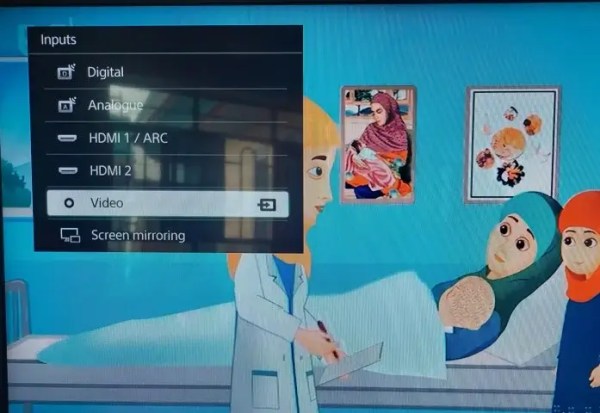 2. On your Huawei phone, go to the Settings app.

6. Now, from the list, select your Sony TV model.

7. Your Huawei phone screen will be mirrored on your Sony TV. 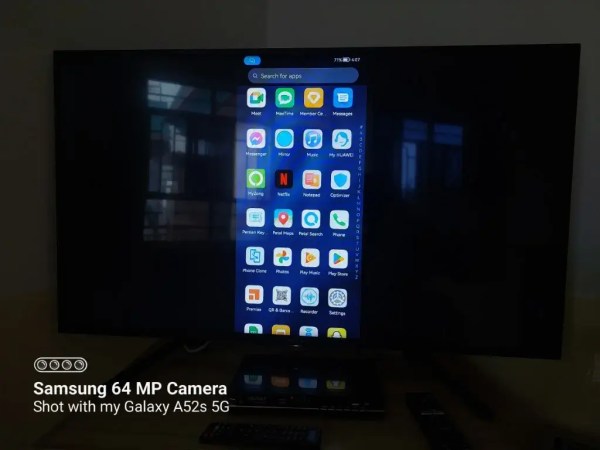 Screen Mirror a Huawei Phone to a Sony

To disconnect the screen mirroring process, simply tap the blue icon and then select DISCONNECT.

That’s it. These were the steps to screen mirror Huawei phone to Sony smart TV wirelessly and that too without installing any third-party app.

How to Mirror Huawei P30 to a Laptop in Windows 11

How to Adjust the Volume on Samsung Phone without the Buttons?