Normally, when you install a game on your Galaxy phone it will show up both on the home screen and the Game Launcher app. However, if you find it can be annoying then this guide is for you. This post will you how to show games in Game Launcher only on Samsung Galaxy phones.

In the meantime, people now often anticipate that their phones will double as portable game consoles. Buyers currently search for a dedicated gaming mode where they can adjust critical parameters to maximize their gameplay and enhance their gaming experience in addition to strong processors and high refresh rate screens.

The fantastic Samsung Game Launcher software was developed by Samsung to give Galaxy smartphone customers a better gaming experience. It serves as a central location to share your gaming statistics, examine leaderboards, spot trends, and find new games to play. Additionally, the business releases frequent updates to improve the stability and efficiency of the software.

You may access all the functions in this app at once for a fun and hassle-free experience. Popular games, game rankings, and well-liked YouTube videos are all included in Game Launcher, which also offers exclusive deals to Galaxy Store customers.

Here’s how to show game apps on Game Launcher only:

1. Open the Game Launcher app on your Galaxy phone. 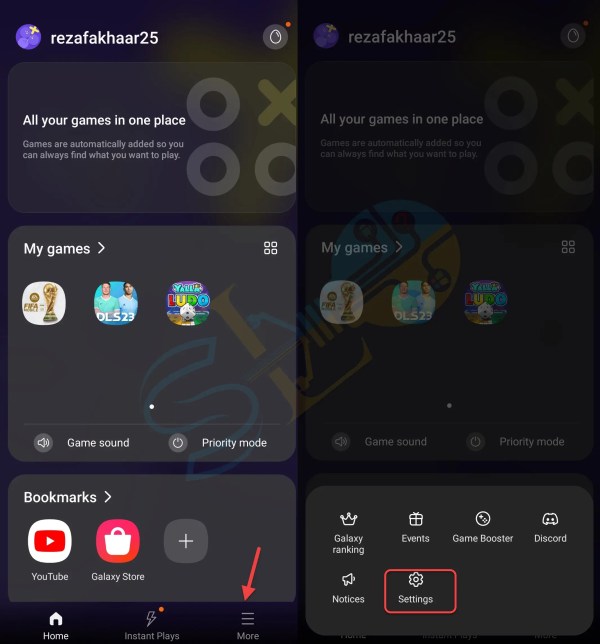 4. Select In Game Launcher only.

Show Games in Game Launcher Only

Once you’ve selected In Game Launcher only, all the game apps will disappear from the home screen and will only show in the Game Launcher app only.

That’s all. This is how you can show games in the Game Launcher app only.

How to Use Same WhatsApp Number on Two Devices (Android)